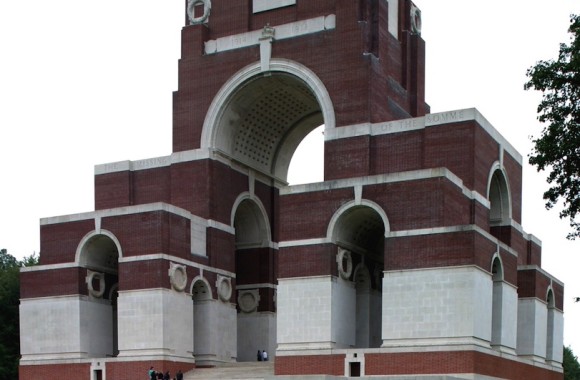 Memorial to the Missing of the Somme, Thiepval 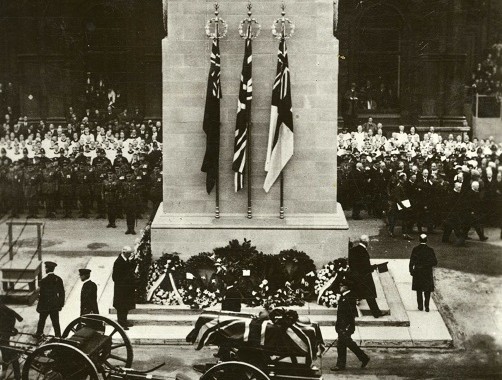 The Unkown Warrior passing the Cenotaph on the day of its unveiling Armistice Day 1920, London 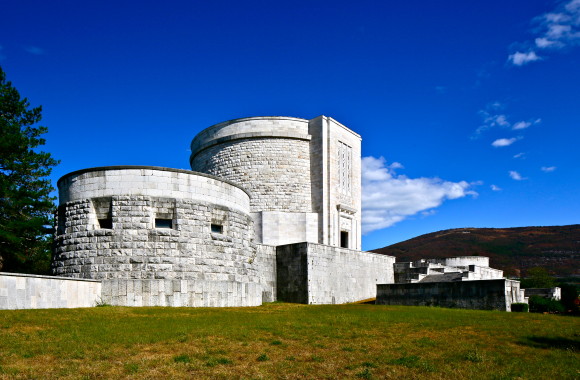 For descriptions and photos of individual memorials use the map and search box on the right.

The Twentieth Century was a century of conflict. War memorials therefore loom large in the architectural history of the period. During the inter-war decades in particular, following the First World War, the design of memorials formed a significant part of the work of a number of important British architects, such as Robert Lorimer, Herbert Baker, Reginald Blomfield and, above all, Edwin Lutyens, the creator of the Cenotaph in London, while memorial work sustained the careers of many sculptors. It was almost inevitable, therefore, that the Twentieth Century Society should take an interest in the design of war memorials and organise events involving visits to them. These were both in Britain and abroad, for many war memorials and cemeteries were constructed across the Channel as so many of the dead lay in foreign fields.

The material here derives from six tours of memorials generated by the First World War. Two were in London and four were on the Continent. The first two European tours, based on Ypres and Arras, explored the parts of the Western Front in Flanders and Picardy where British troops were particularly involved. These visited both major memorials such as the Menin Gate at Ypres and the Memorial to the Missing of the Somme at Thiepval as well as some of the hundreds of cemeteries constructed by the Imperial War Graves Commission. Although primarily concerned with British memorials and cemeteries, these tours did not neglect to include sites where the dead of France, Belgium and Germany lie. This theme was developed in the third tour, based on Reims, which explored the Champagne region and the Argonne as far east as the “mincing machine” of Verdun. This was the area where the French had held the Western Front and where the Americans intervened in 1918, and later built conspicuously large memorials. The fourth tour explored a much less familiar theatre of war, the mountainous fringes of the Veneto, where the Italians erected impressive memorials and ossuaries which today are little known.

The two tours of war memorials in London were organised by Jon Wright, while he was Senior Conservation Advisor for the C20 Society. Read the introduction to London sites or download the London walk.

The tours in Belgium and France were conducted by Gavin Stamp and the Italian tour was organised by Nicholas Long, with help from Hannah Malone. The tour notes were written by Gavin Stamp, who was also responsible for the introductory essays which discussed both the architecture and the military and historical contexts which gave rise to these melancholy architectural creations. The essay dealing with Italy is much longer as the literature in English on both the campaign against Austria-Hungary in the Veneto and the Italian memorials is limited compared with that dealing with the Western Front. You can read the introductions about each area here:

If you are planning a trip, you will find downloadable itineraries for each tour here: Visit war memorials. We are grateful to John East for allowing us to use his photographs, to Freya Wigzell for her editorial work, and for the support of the Heritage Lottery Fund, which has enabled us to present this material online, and organise associated tours of the London war memorials.

Please email our caseworkers at caseworker(at)c20society.org.uk or write to us at