Initially set up entirely by volunteers, the Society now has one full time and four part-time staff based at our London offices, as well as other people working on a freelance or voluntary basis. Below are listed some of the people who help with the running of the society: 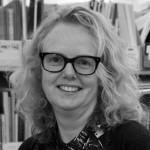 Catherine read Architecture at Cambridge University, and did an MA in Material Culture & Architectural History in the USA, where she held a fellowship at the Winterthur Museum in Delaware. She has lectured to post graduate building conservation students throughout the UK, and is an alumni of the Architectural Association course. Prior to C20 Society she worked for English Heritage as a buildings inspector in London and the Midlands. Author of a book on Concrete Architecture, Catherine writes on contemporary as well as historic buildings, lectures internationally and  teaches a course on concrete for conservation professionals at West Dean College. 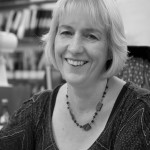 Clare Price is the C20 Society’s Head of Casework and works Monday-Wednesday. She is a Chartered Surveyor, and has an MSc in Conservation of the Historic Environment. She is studying for a PhD in Architectural History at Oxford University, researching Inter-war churches.

Grace is Caseworker for the C20 Society and works full-time. She has an MA in architectural history from the Bartlett UCL and has been a long-term casework volunteer for the Society. 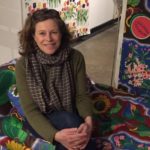 Kate is responsible for the administration of the Society, deals with general queries and membership issues, and is normally in the office Monday, Tuesday, and Wednesday. Kate’s background is in the theatrical world and she has spent over 25 years running a Voice Over agency. A long-time admirer of C20 Society she has a passion for Span housing.

Honorary Officers and Trustees of the Society 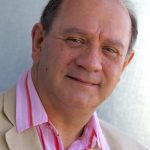 Peter has been Chairman since 2012. After a short period as a theoretical physicist he was a civil servant working in central government in a variety of transport policy and housing roles mainly concerned with investment, financing, regulation and planning of infrastructure. He is interested in all styles of post-1914 architecture and is passionate about protecting and reducing the threat to buildings that are easily passed over and not widely appreciated. He also chairs the Westminster Tree Trust and the Pimlico Neighbourhood Forum. 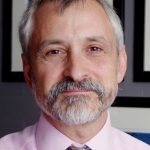 Timothy trained as an architect in Edinburgh and London. He has been teaching the history of architecture since 1993, at first in Jerusalem, subsequently at the Architectural Association, and now at the University of Kent. Over this period he has written continuously for architecture and design magazines, especially The World of Interiors, the Architectural Review, Architecture Today and AA Files, and in 2010 he contributed Leonard Manasseh & Partners to the Society’s monograph series Twentieth Century Architects. 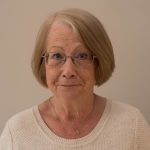 Julia worked as a solicitor in commerce and industry, with a focus on contract documentation and corporate governance. Since retiring she has enjoyed furthering a life-long interest in modern architecture, particularly churches.

Carolyn has been Honorary Treasurer since 2013.  She had a previous stint as a Trustee and Honorary Membership Secretary in the early 2000s.  She has a tax background and is a Senior Civil Servant working in policy at HMRC. Outside work she was a volunteer guide at the National Trust’s 2 Willow Road for over 10 years and for a shorter time at The Homewood.

Cela was employed by the Society for 10 years as office co-ordinator, and then developed the role of C20 Volunteering Co-ordinator.  She is also an elected member of the management team of a successful sports and leisure club, responsible for HR.

Jane is Head of Marketing at the V&A, the world’s leading museum of art and design. She has extensive experience in cultural marketing gained in several major organisations including the Royal Opera House and National Theatre and is a Member of the Chartered Institute of Marketing. Jane’s interest in C20th architecture started at a young age with a school visit to Coventry Cathedral.

David read architecture at Cambridge University, and has been a registered architect since 1975. Until 2007, he was Chief Conservation Architect at English Heritage. He has had a long involvement with the AA Post-Graduate Course in The Conservation of Historic Buildings, where from 2007 until 2013 he was thesis tutor. From 2010 until 2015 he was Chair of The Society for the Protection of Ancient Buildings (SPAB).

Barry worked as a planner in his native North West and in the South East and was Director in a large London Borough on his retirement. He has been a C20 member for many years and worked as a volunteer for the Society before becoming a Trustee four years ago, until recently acting as Regional Groups Coordinator.

Suzanne was a town planner in the late 1960s and 70s working for central and local government. She then moved to the then very new Local Government Ombudsman investigating complaints, and did an LLB part-time in 3 years and won a prize for the best external student. She trained as a solicitor in the late 1980s, worked in firms in the City and Lincolns Inn and for the Law Society before becoming a  part-time judge in 1999. She combined this with teaching and writing, and acting as a NHS non-executive director for the London Ambulance Service. Suzanne became a full-time District Judge in 2005 and still sits 2 days a week in semi-retirement. Her husband was a housing architect and they both have actives interests in modern art and architecture. 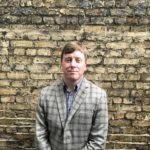 Andrew is a freelance architectural historian and curator with a particular interest in urbanism, having studied at both Liverpool School of Architecture and the University of Liverpool’s Department of Civic Design. He is a Trustee of Bradford Civic Society, Sheffield Civic Trust and a founding Trustee of Sheffield Design Awards. He sits on the Casework Committee and has been published in the Society’s magazine, as well as leading an annual weekend away in July. He has been Chair of the Society’s Yorkshire Group and now oversees the Regional Chairs Committee.

John is a solicitor in private practice and has specialised in the charity sector for many years, advising on charity issues including corporate and charity governance, public benefit, conflicts, employee and volunteer issues. He is a member of the Society’s data management committee dealing with the implementation of privacy and data protection law. John has a lifelong fascination with modern architecture and the protection of buildings under the vagaries of our planning laws.

Ellen worked as a solicitor, specialising in major infrastructure, transport and energy projects.  Since retirement, she has pursued a lifelong, but amateur, interest in architectural history, with an increasing focus on twentieth century architecture.  She also volunteers for the Society, assisting the Caseworkers.

Sarah has been a registered architect since 1994. After working in architectural practice and teaching history of architecture, she joined CABE, where she was Head of Design Review.  Sarah is currently a townscape and heritage consultant, working on major developments in London.

Alan is an architectural historian specialising in British architecture. A founder member of the Thirties Society in 1979, he has filled a number of roles since that time, as caseworker, Honorary Secretary and Chairman. He is joint editor of the Society’s journal, Twentieth Century Architecture, which he founded in 1994, and of the monograph series Twentieth Century Architects. He usually organises the spring and autumn lecture series in London and has led many events.

Neal is a Leverhulme Trust Early Career Fellow based at the School of Architecture in Liverpool to carry out a project on the history of British local government architecture in the 20th century entitled Civic Centre: Architecture, Civic Design and the Municipal Project in Britain, 1919 – 1979. He has an MA, Mst and D Phil from Oxford University (his DPhil thesis was on “architecture and the public in interwar Britain”). He is a Trustee and Publicity Officer of the Society of Architectural Historians of Great Britain (SAHGB) where he has been involved in increasing visibility of the Society’s programmes and events, managing social media accounts and producing a monthly member update. He was previously Practice Projects Co-ordinator at RIBA with responsibilities including developing content and communication of events, toolkits/guidance and expert advisory groups and developing marketing and publicity for the RIBA Conservation Register. “ 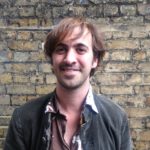 Otto Saumarez Smith is Assistant Professor in Architectural History at the University of Warwick. He was Shuffrey Junior Research Fellow at Lincoln College Oxford, and received a PhD from the University of Cambridge. His book Boom Cities, Architect Planners and the Politics of Radical Urban Renewal in 1960s Britain is published with Oxford University Press. He co-edited the Volume 11 of the Twentieth Century Society’s Journal on Oxford and Cambridge. He is a Fellow of the Royal Historical Society, and an editor of the Society of Architectural History of Great Britain’s journal Architectural History. He has published on subjects such leisure centres, inner city policy, shopping centres, as well as architectural practices including Gillespie Kidd & Coia, Chamberlin Powell & Bon, Sheppard Robson, Building Design Partnership, Howell, Killick, Partridge and Amis, and Powell and Moya.