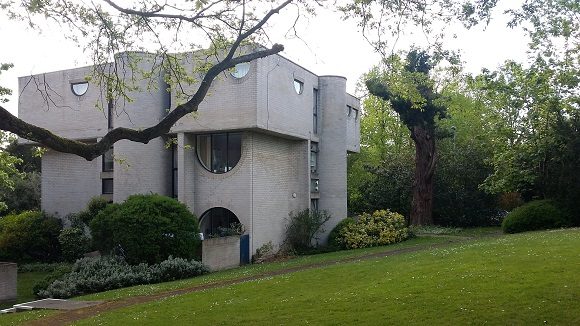 In Frimley we will visit at least one of the so-called ‘Elephant Houses’ designed by renowned architect Lawrence Abbott (above), once director at Richard Rogers Partnership and built by the Apex Society in the 1960s. Described by some as ‘Brutalist’, these upside-down houses are fun to visit and we shall hear from the owners if they are also fun to inhabit.
After lunch (at guests own cost) we visit Farnborough Business Park, the site of the former Royal Aircraft Establishment (RAE) for a guided tour of two Grade I and II listed wind tunnels, considered world-class monuments to 20th century technology. Our expert guides are volunteers from the Farnborough Air Sciences Trust (FAST) and we will go inside the larger of the two wind tunnels where we can stand in the 30ft diameter fan blades. The wind tunnels are only open to the public via group bookings.

For more details and to book please email c20southerngroup@gmail.com 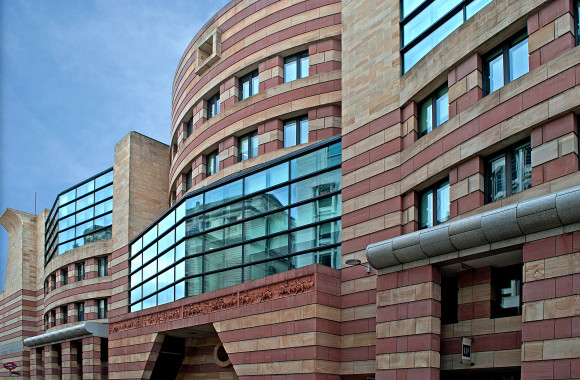 A walk around the West End (morning) and the City of London (afternoon) introducing new members to C20 architecture, led by Ian McInnes (morning) and Chris Rogers (afternoon) on Saturday 11th May 2013. Highlights in the morning included the Libertys store, Shops on and around Oxford Street, Sandersons Warehouse and Hotel, Copyright House and Centre Point. In the afternoon, Paternoster Square, Merrill Lynch Financial Centre, One New Change, Cheapside, No. 1 Poultry, New Court, Cannon street, Tower 42, Bishopsgate and the Broadgate Tower.  Click on the image to see the full set of photos by Laurence Mackman on Flickr. 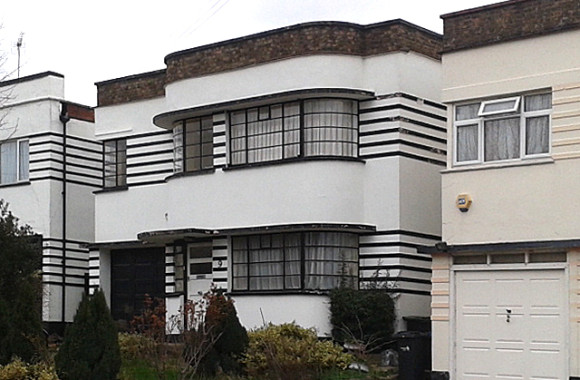 A walk from Arnos Grove to Southgate station, through Arnos Park and the Minchenden Estate on Saturday 13th April 2013. This included visits to the Bowes Road library and swimming pool by W H Curtis (1935-39), the Piccadilly Line viaduct (1932), moderne houses by Frank Woodward and Ellington Court by Frederick Gibberd (1937). Click on the image to see the full set of photos by Cela Selley on Flickr. 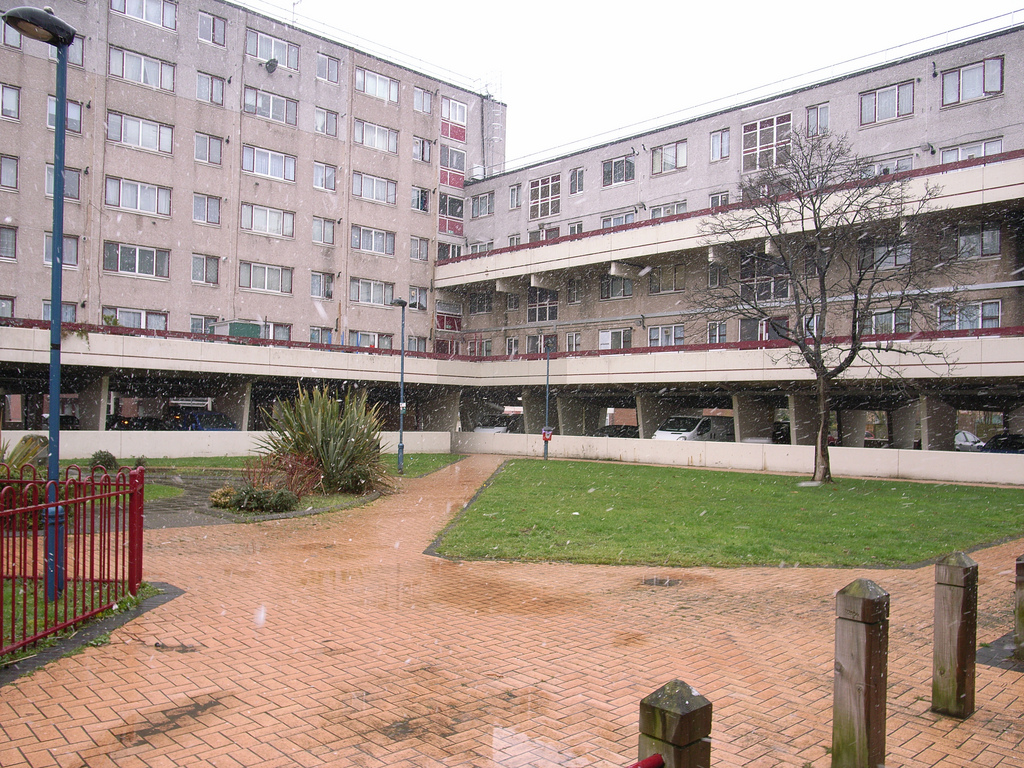 A Hundred Years of social housing in Tottenham

A walk around Tottenham looking at social housing during the last 100 years led by John Goodier on Saturday 23rd March 2013. This included visits to the Broadwater Farm Estate, The Sandlings, Noel Park, the converted Crown Court, the Tower Gardens Estate, the Lordship Estate, Broadwater Farm Children’s Centre and housing by the Peabody Trust. Click on the image to see the full set of photos by Steve Cadman on Flickr. 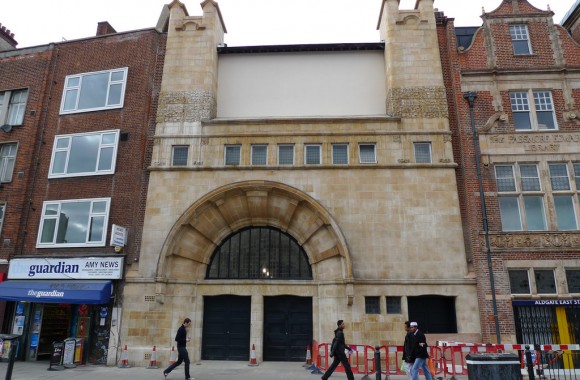 From A to B: A walk from Aldgate to Bow along the Mile End Road

John East and Nicola Rutt led an autumn afternoon walk on Saturday 20th October 2012 in the best traditions of the Society. It spanned three tube zones, took in over 40 buildings along the Mile End Road and culminated in cocktails in a derelict industrial shed somewhere near the Olympic Park. 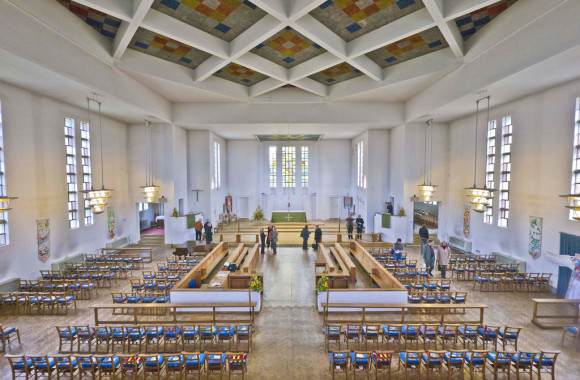 In Search of Harold Gibbons 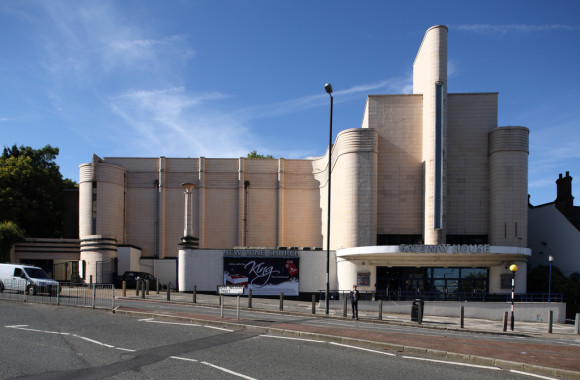 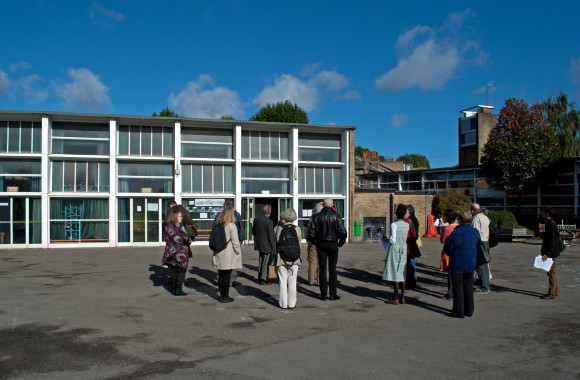 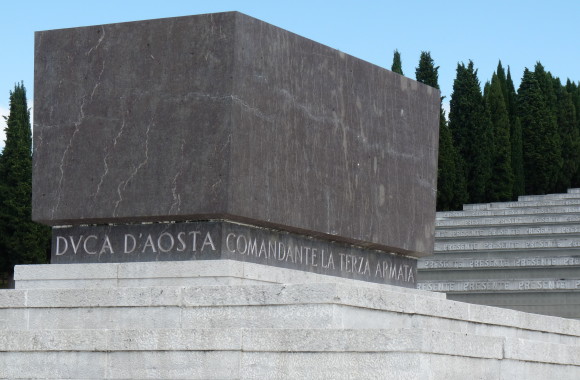 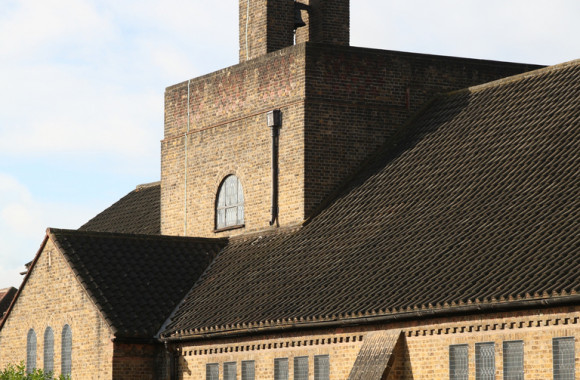 Alan Powers led a tour of churches designed by Stephen Dykes Bower on Saturday 1st September 2012.  The tour included his first church at Hockerill (1936), a small church and the grand Cathedral in Bury St. Edmund’s (1950s), the Parish church of Saffron Walden, and then the Quendon Church.  Click on the image to see the full set of photos by Steve Cadman on Flickr.