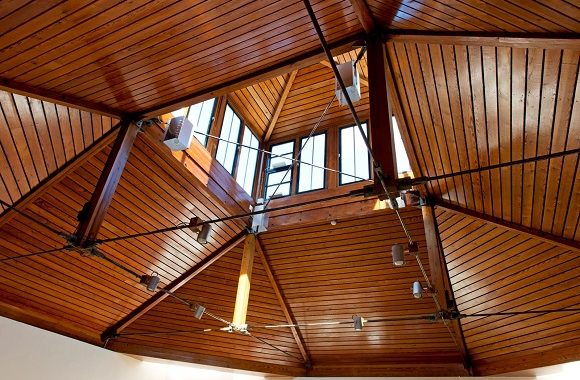 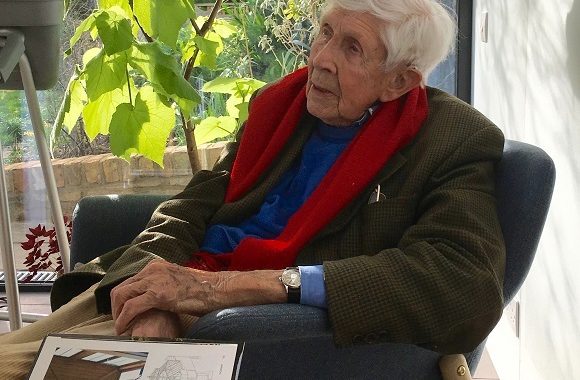 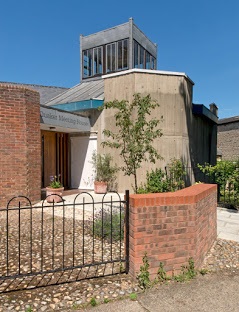 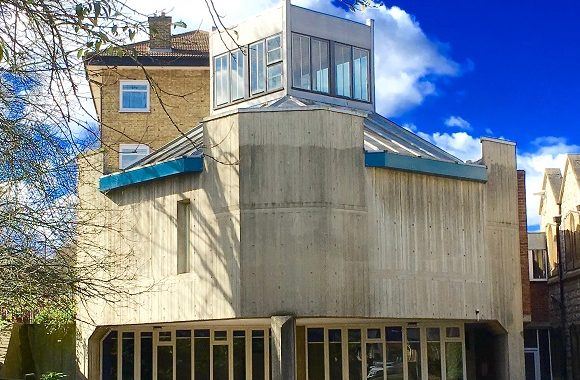 The Society was delighted to hear the news last week that the Blackheath Friends Meeting House (Trevor Dannatt, 1971-72) is included in the group of newly listed Quaker meeting houses, following Historic England’s thematic listing review. We initially applied for the building to be listed in 2016, and this request was acknowledged by Historic England’s listing team and absorbed into the wider research project. It now has been approved for a Grade II listing by Historic England. Recently celebrated by Neil Bingham as our Building of the Month, the building is a calm essay in reinforced concrete, brick and quarry tile, with its key internal feature the square lantern, lined with red wood and complemented by white plaster walls. The listing also offers us a chance to celebrate Trevor Dannatt, now 99 years old and the former C20 Society president. As part of the research into the building our director Catherine and former senior casework adviser Tess Pinto met Trevor Dannatt to learn about the building’s design and history. A recording of this discussion is available to listen to below:

In its review, Historic England has included two other 20th century buildings: the Croydon Meeting House (Hubert Lidbetter, 1956), expressing a synthesis of Arts and Crafts, New England and Scandinavian influences; and the Meeting House at Malvern, Worcestershire (John Ramsay Armstrong, 1938), a rare purpose-built interwar meeting house, designed by an architect who worked for the Bournville Village Trust. Both of these buildings have also achieved Grade II status, ensuring their survival.