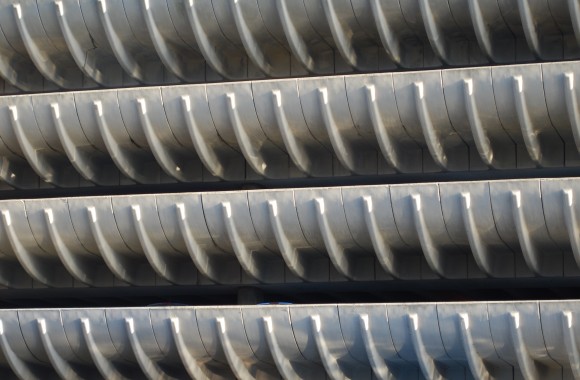 Preston City Council will hold a key meeting on Monday 17 December to discuss plans to demolish Preston Bus Station. The Times newspaper will publish a letter on Monday signed by six heritage organisations calling on the Council to reverse its demolition plans and save this unique building.

The signatories to the letter are: The Twentieth Century Society, SAVE Britain’s Heritage, The World Monuments Fund Britain, Ancient Monuments Society, the Society for the Protection of Ancient Buildings and Preston and South Ribble Civic Trust.

The building is a rare survivor of the transport mega-structures of the 1960s and is one of the most significant brutalist buildings in the UK. The station also has strong local support: in a 2010 poll by the Lancashire Evening Post, it was voted Preston’s favourite building, and it formed a spectacular setting for this year’s Preston Passion. The Twentieth Century Society is convinced the station could be imaginatively refurbished. Its strong presence could accommodate relatively radical changes without diminishing its architectural impact.

“Any decision now to destroy this building would rob Preston of an iconic architectural masterpiece. We believe future generations would lament the loss of this key feature of the city’s heritage and the council would regret its short-sighted decision.” Catherine Croft, Director, The Twentieth Century Society.

Built in 1969 to the designs of Building Design Partnership, the building featured on the World Monuments Fund 2012 international list of historic sites at risk.