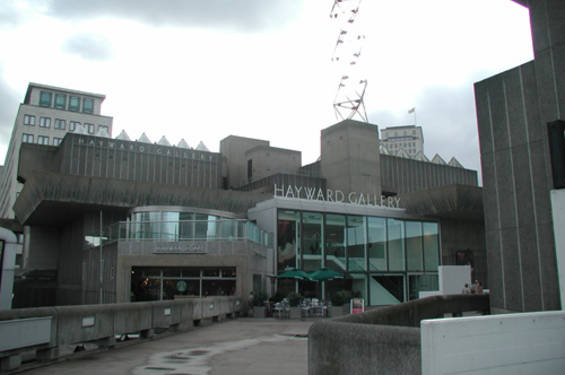 Third Grace of London’s South Bank turned down for listing.

Despite a rigorous report by English Heritage describing the South Bank Centre as, “a notable monument to the joint government and municipal patronage of the arts in post-war London”, Architecture Minister John Penrose has gone against their advice and refused to grant listed status to the complex. This is the third time the centre has been refused listed status.

Constructed by the LCC‟s / GLC‟s Architect‟s Department between 1963 and 68, the centre is flanked by the two other Graces of the Southbank – the National Theatre and Royal Festival Hall – both already listed.

The South Bank is as important as the National Theatre and the Royal Festival Hall. The complex – an arts centre which includes the Purcell Rooms, Queen Elizabeth Hall and Hayward Gallery – showcases some of the best and most important Brutalist architecture in the country. The Twentieth Century Society put forward the Southbank for listing in 2004, having previously run a symposium on the Hayward Gallery at the Architectural Association in 1999 when the gallery was under serious threat of demolition.

Constructed of very high quality, fair-faced concrete, the complex is a series of three events spaces connected by irregular external circulation routes. This rare design of the complex shows a preoccupation with the informal relationship between form, function and services that remains a critical concern today.
All three of the buildings are equally admired. The Hayward Gallery for its wonderfully high quality finishes and innovative flow of spaces and the Queen Elizabeth Hall and Purcell Rooms for their fantastic acoustics and lavishly designed shared foyer.

The Southbank complex was an original experiment in British architectural design by some of the most daring thinkers of the 1960‟s – including Archigram‟s Ron Herron and Warren Chalk.

This is the third time the complex has been rejected for listing and the Twentieth Century Society will be asking for a review of the case in the coming weeks.

For more information or photographs please contact C20 Caseworker Lucy Ashton on 020 7250 3857 or on lucy(at)c20society.org.uk

i) Brutalism – “a term coined by the British architectural critic Reyner Banham to describe the approach to building particularly associated with the architects Peter and Alison Smithson in the 1950s and 1960s. The term originates from the use by the pioneer modern architect and painter Le Corbusier of ‘beton brut’ – raw concrete in French. Banham gave the French word a punning twist to express the general horror with which this concrete architecture was greeted in Britain. Typical examples of Brutalism are the Hayward Gallery and National Theatre on London’s South Bank. The term brutalism has sometimes been used to describe the work of artists influenced by Art Brut.”