In June C20 Society is heading to the Costa Brava, to search out the work of Raphael Maso, the Catalan architect whose work features in our current magazine.  We are lucky enough to be  led by the article’s author, and a real expert,  Jordi  Falgas, who runs Maso’s own house as a house  museum (you can see photos here).

Check out the magazine, or better still book and join the trip, if you want to know more about Maso.    One thing that Jordi didn’t cover though was what playwright and novelist Michael Frayn had to say about the large resort Maso was 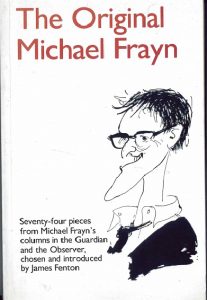 building, up until his death in 1935 (enticingly mentioned in its Wikipedia entry). In fact this turns out to be more a skit on crazy-dysfunctional holiday brochure translation language than an architectural comment, but I thought you might like to read it all the same (Download Frayn article on S’Agaro).  It was first published in the Guardian (sometime 1960-62) and is in a collection called The Original Michael Frayn.

The photo bottom right shows another of S’Agaro’s claims to fame– it shows Orson Wells filming Mister Arkadin there in 1953.  Known (or not-known) in Britain as Confidential Report, it was a French-Spanish-Swiss coproduction which Wells regarded “as the biggest disaster of his life”.