Balfron Tower, Trellick‘s older sister, is about to be refurbished, so this short pop-up by National Trust London was a chance to see one of the flats in close to its original state.  I say ‘close to’ because Flat 130, like all those on the South side of the tower, has rather clunky UPVC windows, which obscure the stunning panorama of south London, and would not have pleased its previous resident, architect Ernö Goldfinger, who lived here for 2 months in 1968 to test out the building and show the desirability of high-rise building.

Wayne Hemingway and his daughter Tilly have re-created the interior as a mid-century modern installation, with every signifier of a late 1960s home: flokati rugs (who else had those?), rotating ashtray and furniture as trendy now as it was then. I’m not sure that the family who lived here could have afforded (or wanted) to be quite so hip. The kitchen has many original fittings (and some 1968 food packaging, which already looks as historic as anything in the Victorian kitchen of an NT country house), but what particularly caught my eye was the original floor tiles (glimpsed below, along with the classic hi-fi cabinet) – they are the same as those in my flat in the Brunswick! 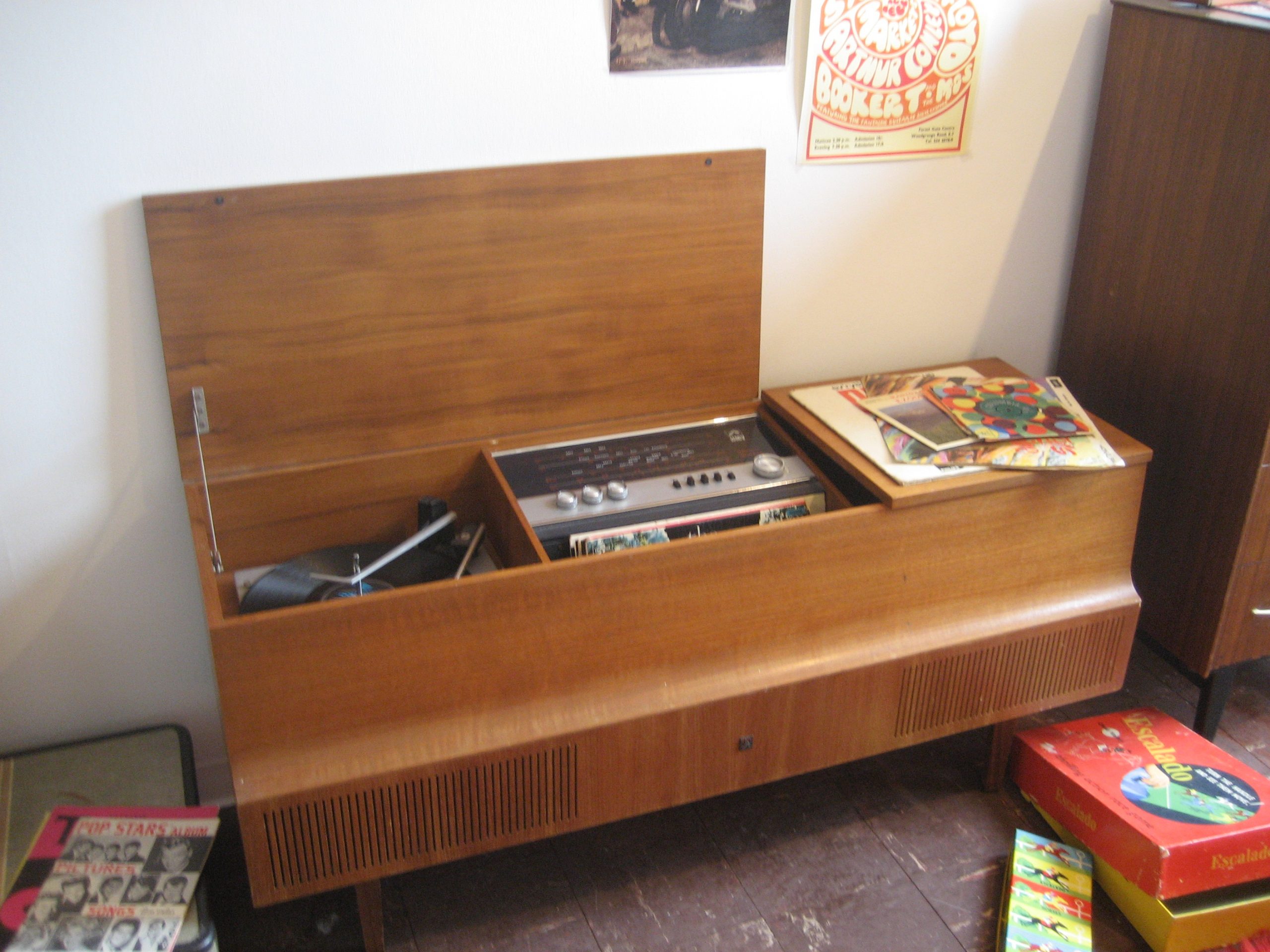 This event is part of the Balfron Season, a programme of events organised by Bow Arts in association with Poplar HARCA. Around 30 artists have been living in empty flats in the Balfron, as long-term residents have been moving out in preparation for the refurbishment, thanks to an initiative by Bow Arts, who have had long-standing collaborations in the area. You can see some of their work here. 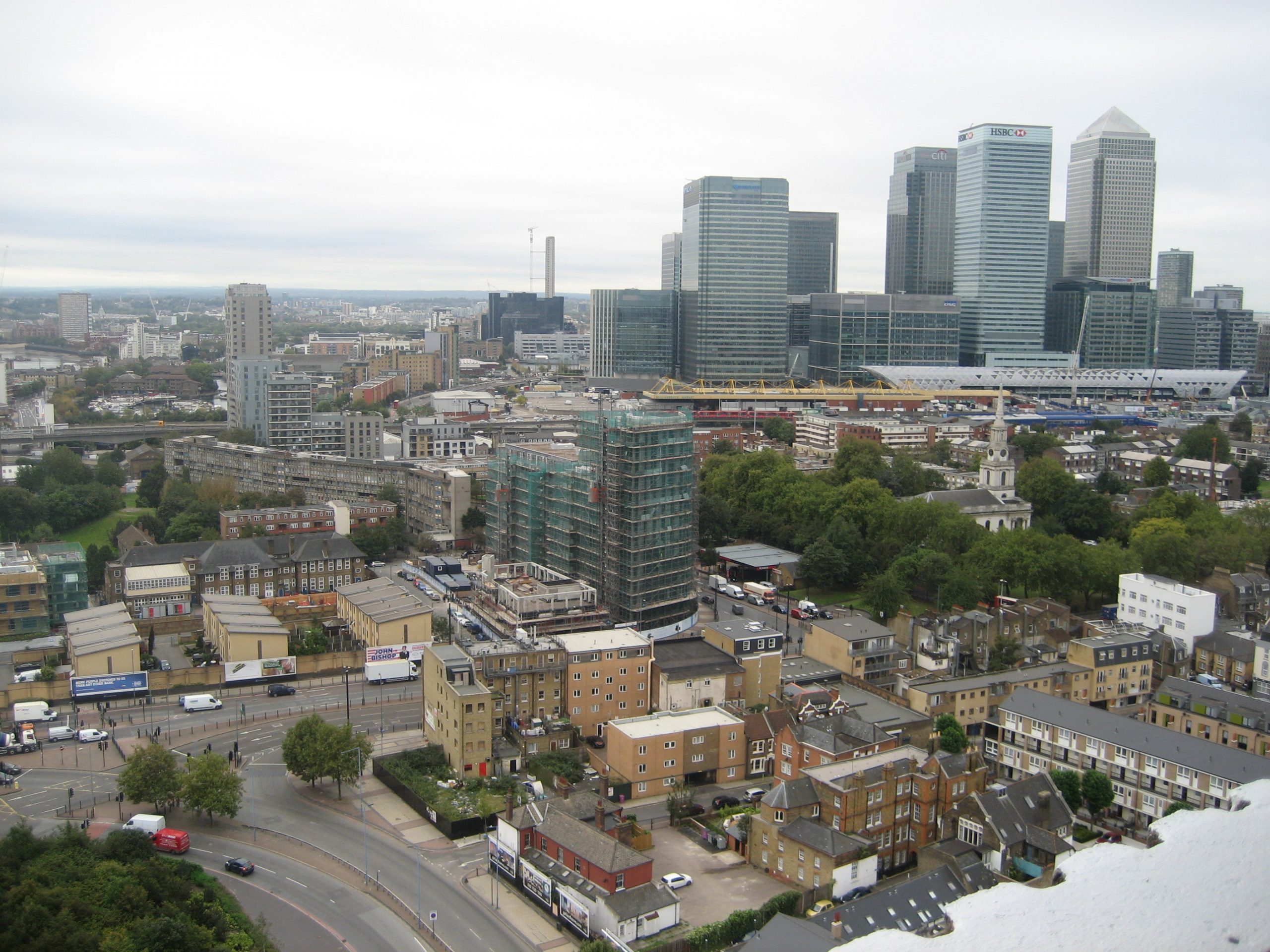 The view of Canary Wharf from Balfron Tower

The view of Canary Wharf from the window is an uncomfortable reminder of the extreme disparities of wealth in the area – flats in the refurbished tower will be sold off to the private sector. Let us hope that the refurbishment will respect the architectural quality of this iconic building, and that not only the wealthy  will be able to enjoy it.