In each issue of C20 magazine we review a wide selection of new books on architecture and design at home and abroad. You can read the reviews from other back issues on our website. Here’s a round-up of noteworthy new titles, including some that will be reviewed in the forthcoming magazine.

Christopher Beanland’s Concrete Concept: Brutalist Buildings around the World (Frances Lincoln, 192pp, £20), explores the variety and the beauty of Brutalism, through 50 buildings around the world. It’s not out until 21 April, but fans of concrete will also enjoy Barnabas Calder’s Raw Concrete: The Beauty of Brutalism (William Heinemann, 400pp, £19.99), which focuses on just eight extraordinary buildings – all in the UK.

There’s a new book by Owen Hopkins to accompany the Mavericks exhibition, which continues at the Royal Academy. Mavericks: Breaking the Mould of British Architecture (Royal Academy of Arts, 128pp, £12.95) assesses the contributions of 12 radical figures in British architecture, from Sir John Soane to Zaha Hadid. Hopkins is also the author of From the Shadows: The Architecture and Afterlife of Nicholas Hawksmoor (Reaktion, 344pp, £25), which considers his influence on post-war practitioners, including Lasdun, Venturi and Stirling.

While Hawksmoor’s great London churches have stood the test of time, we’re not sure the same can be said about the Woolworth’s stores that once stood on every major British high street. Kathryn A Morrison’s Woolworth’s: 100 Years on the High Street (Historic England, 240pp, £50) charts the history of those rather prosaic buildings. More wide-ranging is Art deco traveller: a guide to Britain (Art Deco Publisher, 260pp, £9.99), in which Genista Davidson explores how this enduring style was interpreted in Britain’s hotels, restaurants, theatres and lidos.

Even if you missed The World of Charles and Ray Eames at the Barbican, you can still buy the exhibition catalogue by Catherine Ince and Lotte Johnson (Thames and Hudson, 320pp, £45). 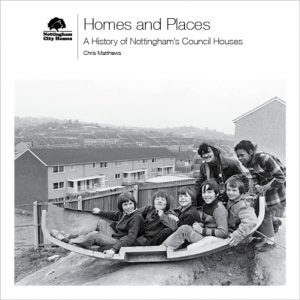 Finally, a reminder that our most recent C20 Journal 12, Houses, is still available to buy from the website along with many other C20 Journals and publications.