C20 Society is supporting an application to spot list 69 Leadenhall, also known as Landmark House and 76 Fenchurch Street, which is one of Terry Farrell’s major early post-modernist buildings, dating from 1987. The building is currently threatened by a consented planning application to alter its distinctive facades and remove both its feature entrances, harming its integrity and special architectural significance.

With the loss of other important early works such as Clifton Nurseries and the TV-AM building, with its jaunty egg-cups, it is now one of only a few buildings from the 1980s which show Farrell’s influential contribution to British architecture. Timothy Brittain-Catlin, C20 trustee and Reader in Architecture at Kent School of Architecture, describes it as ‘a seminal building in the history of British post-modern architecture, designed by the architect who played the leading role in the aesthetic, practical and theoretical formation of it.’

Henrietta Billings, Senior Conservation Adviser, Twentieth Century Society said “Postmodernism remains an under-researched period of twentieth century architectural history which is only now beginning to be appreciated. It is still often dismissed as an unfashionable and frivolous style, and many key examples have been lost. We consider Landmark House to be an important representative of the best of this period and that this should be reflected and acknowledged through national designation.” 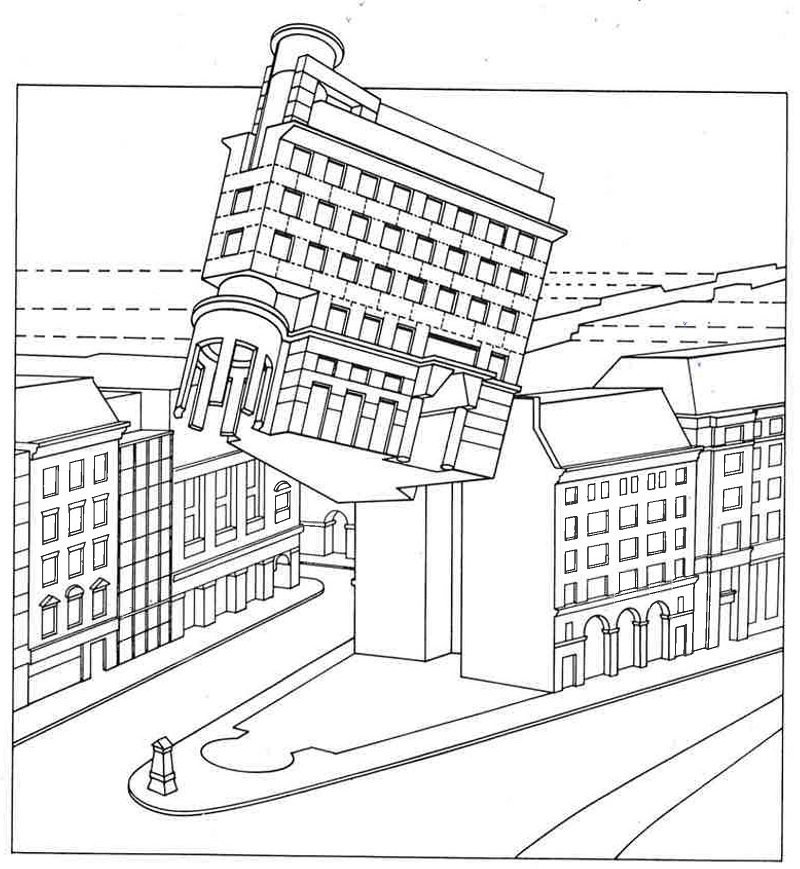 The sophisticated composition of the building and the careful consideration of its urban context demonstrate some of the enduring influences of postmodernism and new urbanism. It makes the most of its striking corner site using a tower, containing a boardroom, significantly predating Stirling’s tower for 1 Poultry nearby. Like Farrell’s Comyng Ching Triangle in Seven Dials,  Covent Garden, Landmark House plays games with layers, hierarchy, materials (granite, steel and painted aluminium) and form. The visual language of the porches, windows and doorways draw on historic precedents and their proposed removal would mutilate the facades.

Now that buildings of this period are beginning to be appreciated again, the best examples should be preserved as part of the architectural history of the City of London.

Others who have written in support of protecting the building include Jonathan Glancey, Hugh Pearman and architects Charles Holland of Ordinary Architecture Limited and David Knight of DK-CM.