No, not some arcane ‘what links’ quiz, but a taste of what C20 regional groups are up to! On Saturday 21st, our co-ordinator in Scotland, Stephen Edgar, is participating in Glasgow Loves Concrete? a day of talks and discussion about the heritage issues around concrete buildings in Glasgow, on Scottish Open Doors Day. It is arranged by the New Glasgow Society in association with C20 Society. You can read more and download the poster on the C20 Scotland group page.

Saturday also sees the opening of video installation Realtimelapse by artist and C20 co-ordinator John Topping at the Hatton Gallery in Newcastle-upon-Tyne. Based on the Apollo Pavilion, it will be exhibited from 21 September to 15 December 2013: read more on the North East group’s page.

The West Midlands group have announced their first ‘Scouting Visit’: a special opening of Goldfinger’s office block for Carr’s Papers in Solihull, on the 11th October at 2.30pm. Members will get a tour of this office building, which is now on the market and, though listed, could well undergo further transformation, so this may be a last chance to see it in its original form. And there’s the option to go on to a fine concert at Coventry Cathedral afterwards. 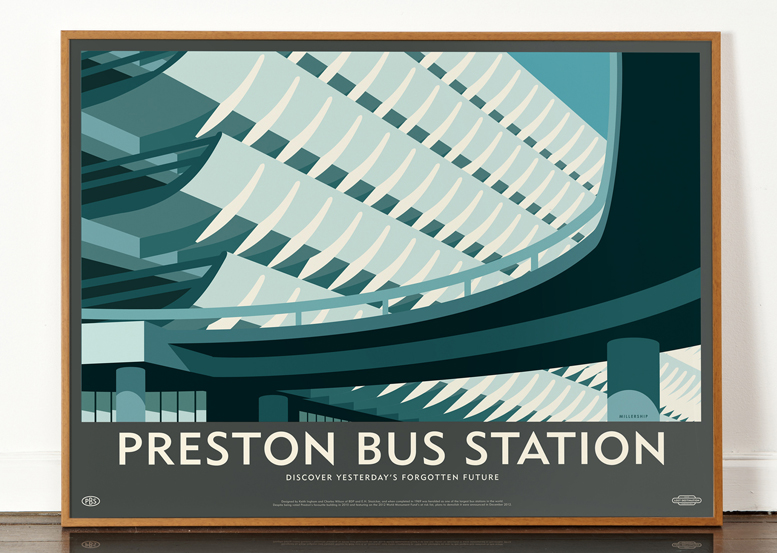 The North West group are organising a Wirralside walk on Friday 4 October, including a visit to the 1914-20 Town Hall. Aidan Turner-Bishop has also alerted us to some Preston Bus Station memorabilia. You can get a Preston Bus Station t-shirt from RIBA, or a Preston Bus Station print from online print seller Dorothy. Their new range of C20 buildings prints also includes the Tricorn Centre [RIP], Portsmouth, Spaghetti Junction, Fylingdales [ditto RIP] and Forton motorway services. Finally, on Sat 12th October the Manchester Modernist Society and North West  Film Archive have put together a guided walk and screening of the fascinating 1947 film A City Speaks – Manchester City Council’s vision for the future of the bombed-out city.

And for those of you in the South East, I’m sure I don’t need to remind you about the delights of London Open House this weekend…