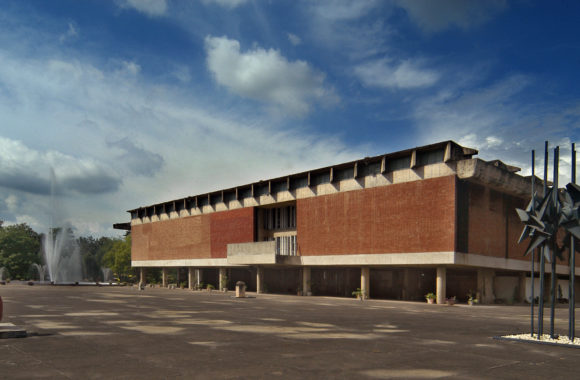 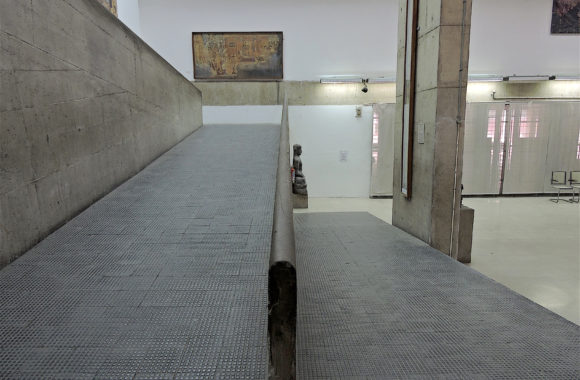 The galleries in Museum and Art Gallery, Chandigarh, are linked by a ramp 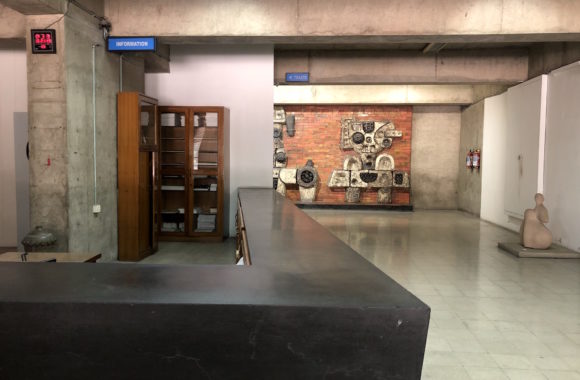 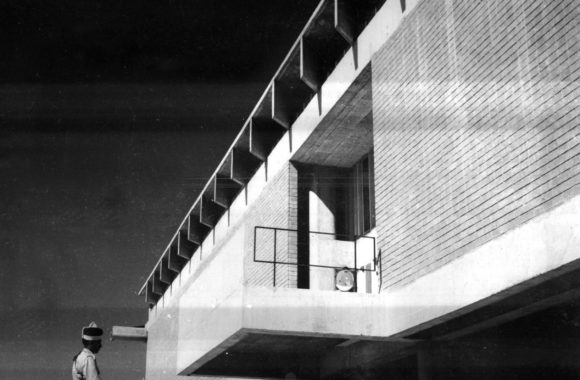 Exterior of the Government Museum and Art Gallery, Chandigarh
April 2019

Chandigarh, the modern capital of the truncated state of East Punjab, was born in the wake of India’s partition in 1947 that led to the creation of Pakistan and with it the loss of Lahore. Today, it is a well-known modern city with a large repository of modern heritage buildings and ensembles. Displaying modern town planning principles based on the Congrès Internationaux d’Architecture Moderne (CIAM), and propounded by Le Corbusier, Chandigarh’s buildings exhibit the large-scale use of exposed reinforced concrete as a modern building material that signalled the arrival of the modern movement in India.

One of the most spectacular buildings in the Cultural Core of Chandigarh is the Government Museum and Art Gallery. It is a seminal work by Le Corbusier representing the synthesis of ideas he explored in the 1930s for a Musée a croissance illimitée or Museum of Unlimited Growth, in which he developed the principle of continuous and variable structures emerging from suspended architecture, treating the plan in terms of movements by the spectator. The museum serves not as a room, but as a veritable thoroughfare, interspersed with encounters, representing numerous events for stimulating meditation. It was an idea dominated by the function of circulation: that is, of intercourse and exchange within the architectural organism.
The Museum was inaugurated on 6 May 1968 with the active support of Dr MS Randhawa, a renowned patron of art and then Chief Commissioner of Chandigarh. It forms part of a series by Le Corbusier comprising the Sanskar Kendra City Museum, Ahmedabad (1956) and the Museum of Western Art, Tokyo (1959). Collectively, the three museums represent, perhaps for the first time, the museum as an object to be viewed in itself rather than a building to house artefacts and collections. The spectator can ascend or descend the ramp completely oblivious of the displays, awestruck by the sheer pilotis, the clerestories and the planes of concrete. Such is the experience of the museum of unlimited growth.

The cuboidal Museum and Art Gallery, Chandigarh (measuring 165x165ft) is raised on circular and rectilinear deep-set pilotis which enable free circulation and outdoor display areas at ground level. A ceremonial pivot door marks the entry into the foyer embellished with a mural by Satish Gujral, leading beyond to display galleries linked by a ramp. The ramp serves as the “promenade architectural” as Le Corbusier called it, facilitating an imperceptible gliding movement from level to level, while the museum of unlimited growth grows out of the open-plan concept. The ground floor also includes a conservation laboratory and a semi-circular workshop for artists, and a modest structure built alongside the museum contains a small lecture theatre.

The museum is built in composite masonry and exposed concrete pilotis, with brick tile cladding. Its facades are calibrated through undulatory glazing and slim aerators that bring in diffused light and facilitate cross ventilation. An off-centre upper-level balcony punctuates the southwest façade and serves as a viewing point for the landscape setting of the complex itself, as well as the Leisure Valley parkland beyond.
The building design addresses two critical requirements of the museum ­- natural lighting and climate control. The museum makes full use of the terrace as a ‘bringer of light’. Eight sawtooth-shaped light shafts in the roof direct light into the galleries below and block out the western sun. Concave troughs above collect rainwater and channel it into sculptural concrete gargoyles on either side of the museum. Finally, the gargoyles empty the rainwater into pools placed at the front and rear of the museum.
The museum galleries are large uninterrupted double- and triple-height spaces strung around the gentle ramp. The different sections showcase the collection of Indian textiles, Indian metal and stone sculpture, decorative art, Indian miniature painting and Indian contemporary art. Ratna Mathur Fabri, an outstanding Indian designer, was responsible for the museum display systems and furniture. A reference library and director’s office at the upper level are accessed via narrow single-flight staircases. A goods lift previously connected the various floors.

The Government Museum and Art Gallery is the realisation of the concept of open plan from the macro level of the city to the site and building. Its historic value – quite apart from its collections, which include significant Gandhara sculptures, Pahari and Rajasthani miniature paintings – lies in being part of the educational policy of independent India that envisaged museums as knowledge centres for the dissemination of the history of the region and the partition – a role it continues to perform even today. The Museum and Art Gallery is a unique example of Modern architecture in India that simultaneously illustrates formal, technological and material innovation in Modernism and reflects the post-independence ideals of nation building and museum design. At the same time, it represents an ensemble of outstanding Modern architecture that marks the transnational exchange of architectural ideas and their subsequent impact on Indian and western architecture, a synergy that lasted for more than three decades.

NB: The Twentieth Century Society’s India trip to Delhi, Chandigarh, Ahmedabad in November is now fully booked and will be guided, in part, by the writers, above. Please keep your eye on our future tours.