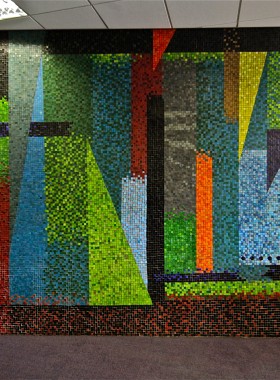 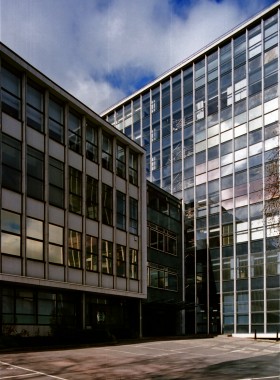 We are extremely disappointed in Historic England’s decision not to list the RIBA award winning Birmingham Chamber of Commerce and Industry building by John Madin Design Partnership (1958), a building that we believe to be of both local and national importance. A certificate of immunity for listing will now been granted, sounding the death knell for yet another of Madin’s undervalued masterpieces. Like Birmingham Central Library, the Post and Mail building and 103 Colemore Row before it, the Chamber of Commerce will be razed to the ground in order to make way for new development.

John Madin grew up in Birmingham and eventually established his practice there. Although his buildings have been hugely important in shaping the post-war city, his significance as an architect has long been overlooked. In the light of important new research which has established Madin as a key figure in post-war British architecture and the widespread demolition of some of his finest buildings, we hoped that HE would reconsider their previous decision in 2004 which also declined to recommend the building for listing.

Like many of John Madin’s commercial designs, the Chamber of Commerce is characterised by careful detailing, use of high quality natural materials and craftsmanship. It is comprised of two office blocks at right angles to one another, connected at the juncture by a shared entrance. The Chamber of Commerce occupied the more elaborate lower block, with the larger more extensively glazed block purposed for letting. The internal arrangement of the two blocks is spacious, with many striking features such as the sunken centred ceiling and panelling in the Presidents Room still in situ.

The fate of the John Piper mosaic mural which sits in the entrance hall is now of real concern, and given HE’s recent thematic work and exhibition on post-war public art, the decision not to list this mural individually seems particularly incongruous with their commitment to the protection of post-war public art. This unique work by one of the most important British artists of the period is now extremely vulnerable, and its superb architectural setting will certainly be lost.